The Cookbooks You Need for the New Year, As Selected by Chefs

The authors Alison Roman, Niki Segnit, Diana Henry and more share the volumes they’ll be returning to again and again this year.

To start the new year, T Magazine has come up with a new sort of cookbook list: one written by the cookbook authors themselves. What follows is a round robin of sorts, in which one recently published cookbook author recommends their favorite title of recent months, then passes on the honor to that book’s author, and so on. 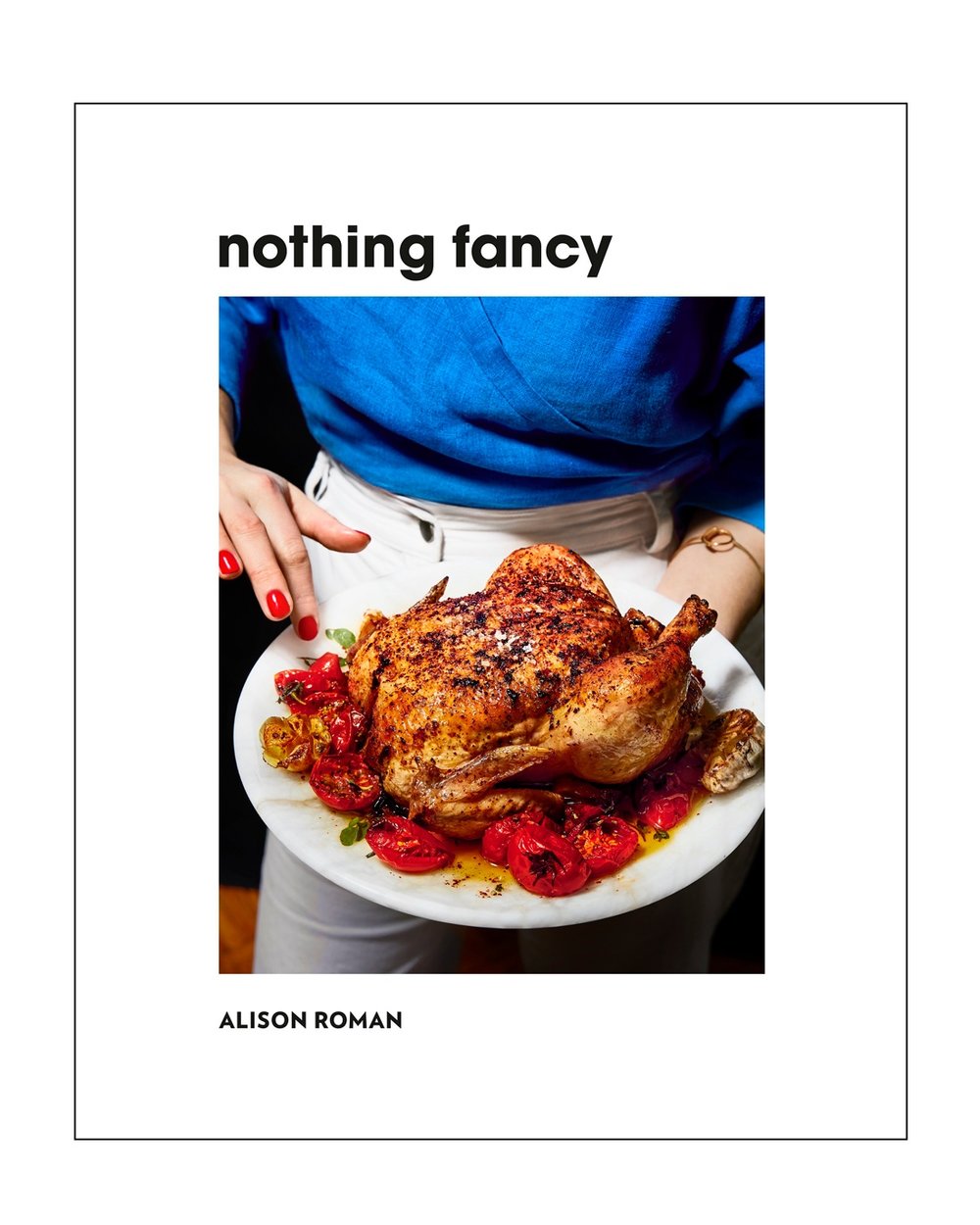 First up was Alison Roman, whose first book, “Dining In” (2017), set off a small sonic boom in millennial kitchens across the country with its unfussy dinner recipes and much-Instagrammed shortbread cookies. Her second, entertaining-focused book, “Nothing Fancy,” came out this past fall. Roman has a great eye for what’s good and what’s next, just what we all want in a cookbook recommendation. See below for her choice — and the six other picks that followed.

Chosen by Alison Roman, who says: 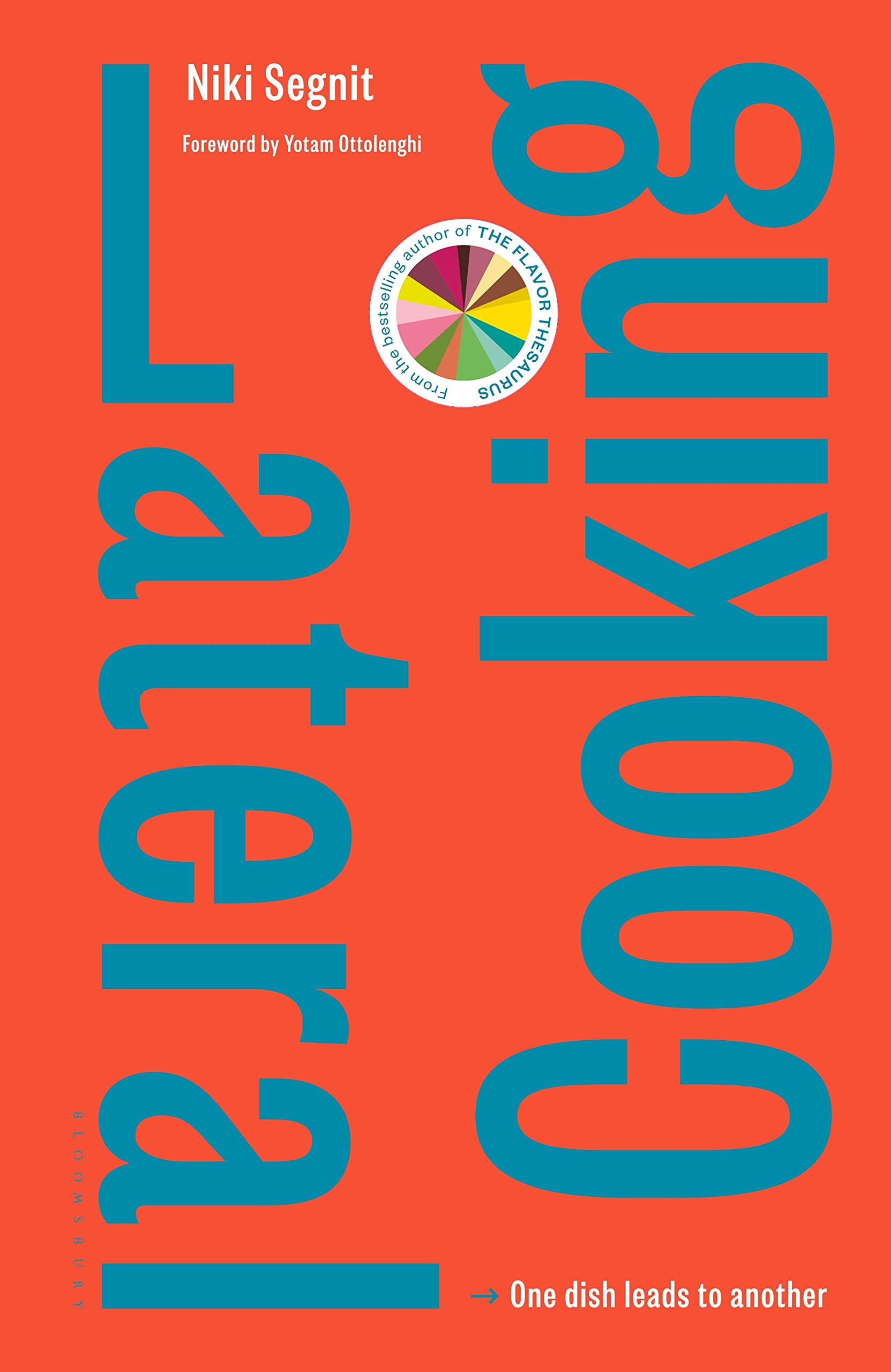 easingly interested in cookbooks that don’t take the expected form and challenge me to think about what a cookbook can be, instead of what they are. “Lateral Cooking,” like Segnit’s first book (2012’s “The Flavor Thesaurus”), is definitely more of a resource than a cookbook, but that’s what I’m into. A delightful read, it’s essentially a guide on how to draw the line from one technique (say, a custard for ice cream) to countless other dishes (if you can make custard for ice cream, then you can make a custard-filled pie, and so forth). Anyone looking to feel generally inspired by the concept of cooking while giving oneself a rest from the usual format of recipe and photo should check it out.

Chosen by Niki Segnit, who says: 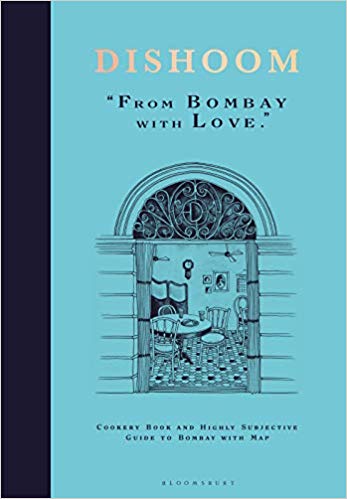 A recent acquisition that already looks well used is my copy of “Dishoom.” Dishoom is a small group of London restaurants whose menus and interior design are inspired by the Irani cafes of old Bombay (present-day Mumbai). The book takes you on walking tours of the city — there’s a foldout map — among recipes that bring the fragrance and flavors of Malabar Hill and Chowpatty Beach to your own kitchen. Dishoom is famous for its black dal, but I recommend making the rajma (curried kidney beans). The first time I cooked it, my husband was out, so I set some aside for his supper. He woke me at 1 a.m. to sing its praises. A bold move. Can you imagine being that excited by a dish of curried, slow-cooked kidney beans? Exactly. It’s that good. 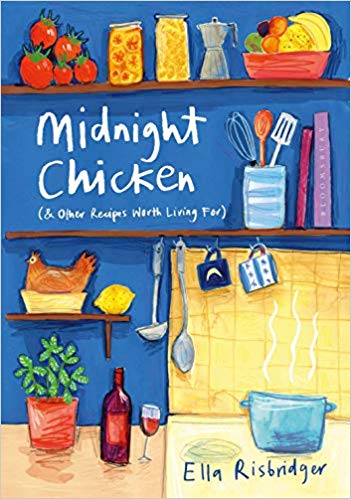 Great cookbooks show us how to make beautiful dishes, but we’re inclined to think that the very best share something more. They tell the stories of how those dishes came to be, and the flavors of those stories enrich both the act of reading and the act of eating. Ella Risbridger’s “Midnight Chicken” is exactly that, beginning with a chicken that is simply roasted and devoured late at night. It is this meal that sets the author on a journey of discovery and healing, and what follows is an education on the transformative power of food. Each recipe documents a particular moment, part of the author’s gradual process of falling back in love with cooking and finding joy in what can feel like a dark world.

“From the Oven to the Table” by Diana Henry

Chosen by Ella Risbridger, who says: 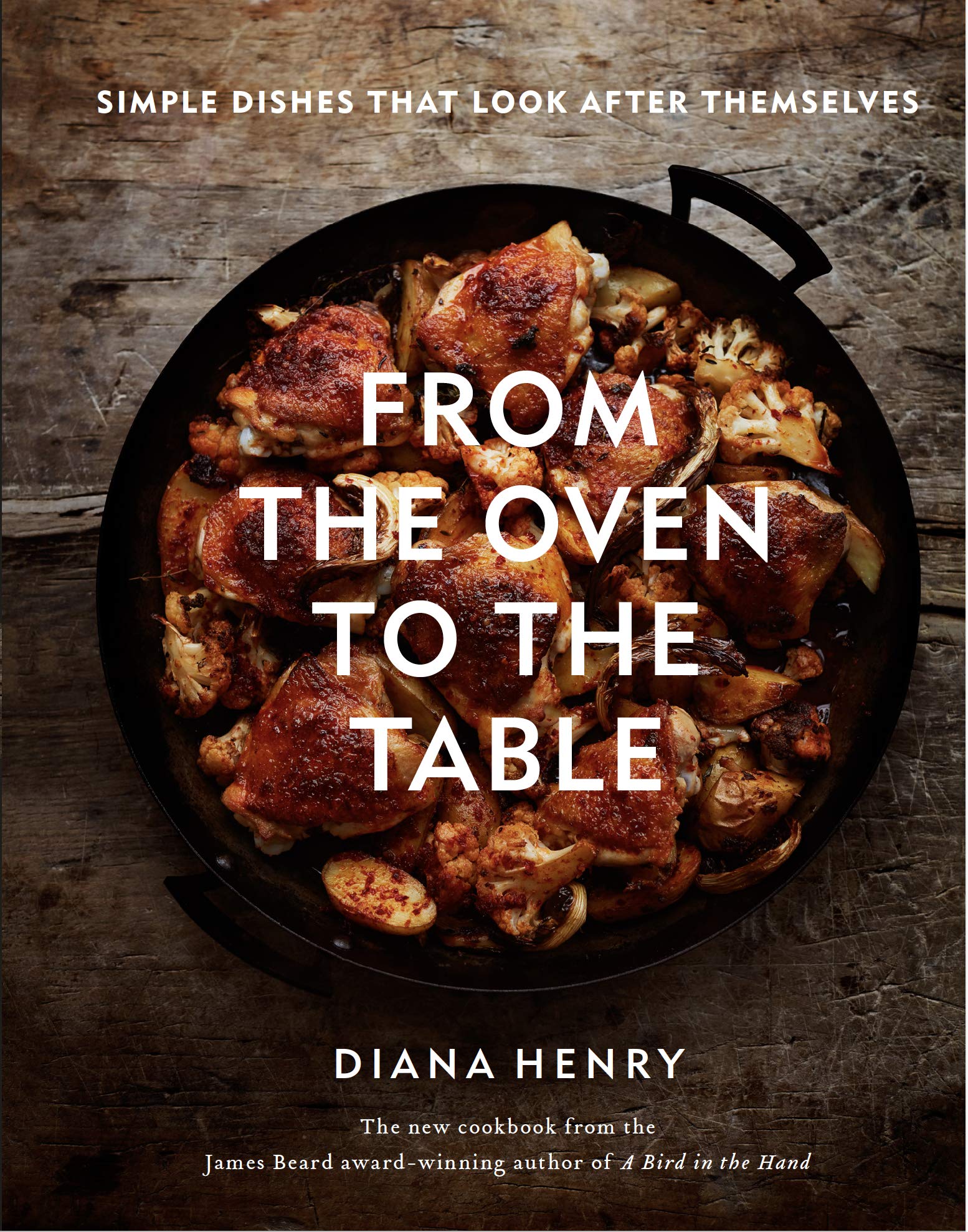 food writer. Diana, to anyone who loves food and writing about food, needs no introduction: One of the leading lights of British cookery writing, she makes food you want to eat and writes about it in prose you want to read. I used to save up for her books with coins in a jar (literally!). But her latest, “From the Oven to the Table,” is one of my favorites of all, both beautiful and useful. It’s an intensely practical book, and it does exactly what it says on the cover: You put the things she says in the oven in the order that she says, and then it’s magic. (Try the chicken with plums!) You would think this meant some kind of compromise on flavor or texture or ingredients, but it never does. Not once.

Chosen by Diana Henry, who says:When 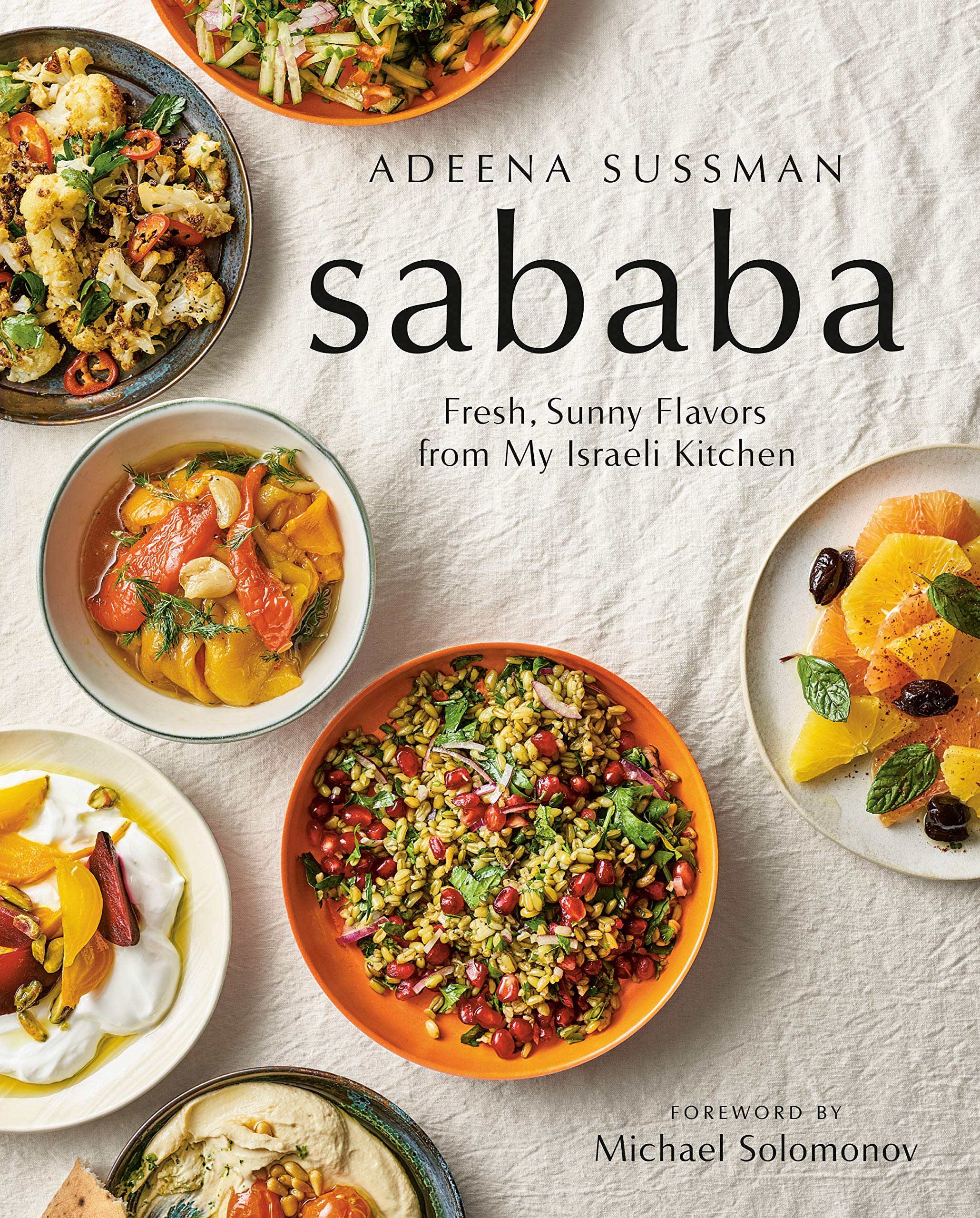 all’s said and done, you have to go for the title you actually cooked from most, the one that made you rethink your ideas on flavor, the one that you stuck Post-it notes all over. For me, that book is “Sababa” by Adeena Sussman. When I first got it, I read it into the wee small hours, mouthing “oh yes!” as another recipe (like grilled chicken with corn and avocado-za’atar green goddess dressing) struck me as a must-make dish. Sussman delivers bold, bright flavors as well as dishes and combinations of ingredients (like caramelized pineapple with sumac and labneh; spiced date, kumquat and kashkaval focaccia pizza; Turkish coffee-rubbed rib eye steaks) that were entirely new to me, and everything is doable. “Sababa” has taught me, inspired me and fed me. You can’t say better than that.

Chosen by Adeena Sussman, who says: 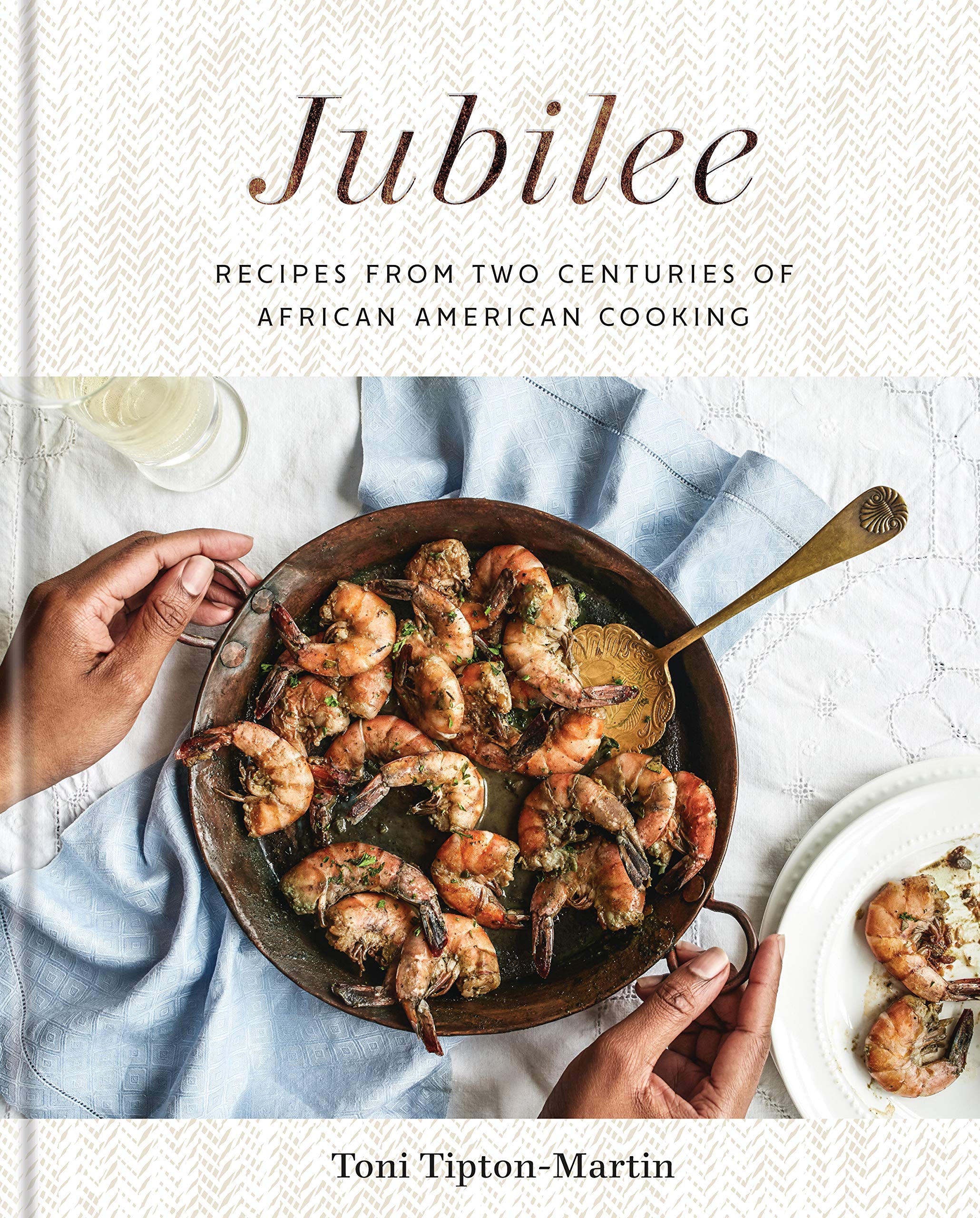 Toni Tipton-Martin, I thank you for writing “Jubilee,” for continuing the process you began in 2015’s “The Jemima Code” of reframing African-American cooking for what it is — American cooking — and for re-educating us that they are, more often and not, linked beyond separation. Your graceful writing beckons, your immaculate historical research illuminates, your recipes are ones I will be cooking at the holidays for years to come. I let out an audible gasp upon seeing the beautiful black hands gracing Jerrelle Guy’s lovely photographs, those hands as much a visual reminder of what has been missing for so long from American culinary culture as they hold promise for a possible, more equitable future, one where credit is given where credit is due. Ms. Tipton-Martin, I thank you for making every page an exercise in reclamation, for revealing the ways African-Americans have made their mark on this country’s cuisine while reveling in it and advancing it themselves, whether they were hired cooks or wealthy captains of industry. Most of all, I thank you for the warm welcome your book extends to Americans of all races at a moment when we quite possibly don’t yet deserve it. I, for one, am grateful for the sincere invitation to cook alongside you, to learn from you and to draw on your deep well of revolutionary grace.