Be it his masterminding of the hazy deformity behind Lou Reed’s Transformer cover, or his role as Ziggy Stardust’s personal photographer, Mick Rock is firmly entangled within the mythology of the movement with which he shares a name; if it was someone worth knowing, chances are Mick probably snapped them.

‘Im not after your soul,” he explains, during SHOT! The Psycho-Spiritual Mantra of Rock, a documentary on his life and work that premiered at Tribecca last year. “I’m after your fucking aura.”

And he always got it. 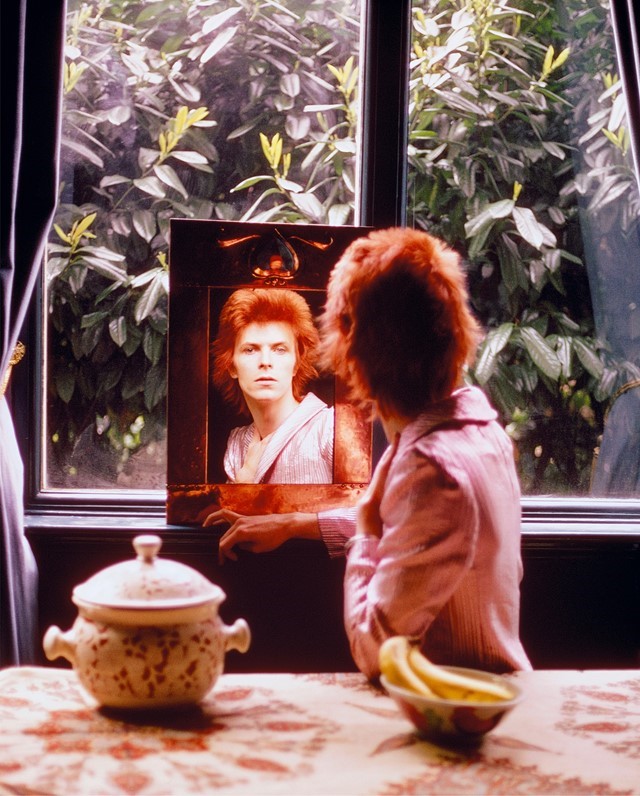 Mick Rock: It was really by accident that I first picked up the camera. I was on an acid trip in a friends room at Cambridge. If it hadnt been for LSD and that particular trip and a particular young lady I wouldnt ever have started dabbling with taking photos. Anyway, when I found out afterwards that there had been no film in the camera… well, that really got me thinking. I thought I may as well have another go. So I just started taking pictures, more for the fun of it. Then people started giving me little bits of money. It made the whole thing very organic. See, I wasnt really interested in why things happened photographically I was just interested in the images.

Mick Rock: It was really about stuff that turned me on, that’s what I gravitated towards. I didn’t approach it in a commercial way, like, ‘who’s the biggest rock star?’, or, ‘where are The Beatles, The Stones?’ That whole glam scene, it wasn’t just David, Lou and Iggy. It was also the drag queens, Lindsay Kemp, the Rocky Horror Picture Show – I did all the famous pictures of that too.

And then there was Debbie Harry, Blondie. With Debbie, I don’t even think of her as punk – for me, she was just amazing to look at and to photograph. She had a fabulous attitude. She wasn’t precious and she’s still the same today. She isn’t a diva, she’s just a girl in a rock and roll band. Still the most fabulous, and – with all due respect to all of the modern performers – visually, no one has ever matched her. She’s just delicious to photograph. You couldn’t take a bad picture of her.

“I just went for the people that interested me you can look at it any way you want. There were no guarantees these guys were gonna be big, none at all.”

Mick Rock: Even Raw Power – which became such a significant album, and is still today Iggy’s most famous image – was a complete dud when it was initially released. Transformer was successful and actually made Lou a bit of money, but Raw Power didn’t do shit for Iggy. People didn’t really get punk rock at that moment, but in the end, nobody ever got as close as him. He did punk rock in a way nobody else did. You can argue Sid Vicious is the image of punk, but he really didn’t have any musical chops – whereas Iggy, he had these revolutionary chops. He was dangerous.