Stephen Bruner aka Thundercat, who just released the first video from his latest album Drunk, has always been more than vocal about his love of Japanese culture. The video for “Tokyo”, directed by Jun Hanamoto-Hearn, is a packed 2 plus minutes of Thundercat in Tokyo taking in video games, new technology, sushi, video games…. And posing with a plethora of cats.

The Grammy winning bass player is one of the most sought after musicians, composers, and songwriters of his generation. Just revisit Kendrick Lamar’s “To Pimp a Butterfly” and “Untitled Unmastered,” if you need to ask why.

Drunk, his third studio album to date, treats the listener to a musical display of unrestrained delight. From serious jazz-fusion moments to retro-futuristic pop manifestations.  Space boogie thump and yacht rock AOR to boot.  For anybody else, this “grouping” would be a bad look. But Thundercat, who understands that genius talent is best absorbed when cracking jokes at the genius, pulls off this multi-directional sonic bouillabaisse… Drunk has made the rounds on The Best of 2017 so far lists.

In an alternative universe, this Los Angeles musician could have mapped out a pretty linear and successful career as an incredible jazz bass player. In the vein of Stanley Clarke or Jaco Pastorious. But that is not who Thundercat is.

Instead, when he would back up Erykah Badu or Suicidal Tendencies, Thundie would perform donning a football helmet and pads.

“Show You The Way”, a duet from Drunk that he wrote and performed with Michael McDonald and Kenny Loggins, is a compact dose of audio confectionate candy. It could easily be a last dance scene out of the early 1980’s, taking place at a random turnpike disco with a fog machine running at full blast.

Florida Teenager Is Charged as ‘Mastermind’ of Twitter Hack https://t.co/LiwF7X6ylJ 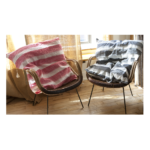 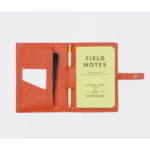