Back to top
Share
Skip to content
© 2020 ShopPulp
All right reserved.
Start the Fire: How I Began A Food Revolution In America
Books, Mags + Zines
$17.99 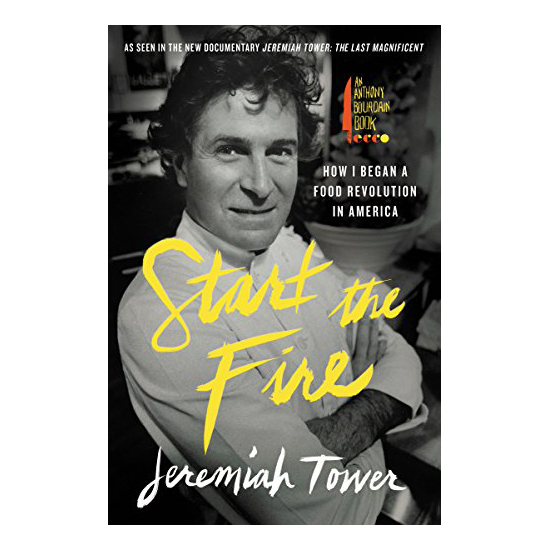 Start the Fire: How I Began A Food Revolution In America

AS SEEN IN THE NEW DOCUMENTARY JEREMIAH TOWER: THE LAST MAGNIFICENT

Newly revised and reissued to coincide with The Last Magnificent, a documentary feature produced by Anthony Bourdain, the indelible and entertaining memoir from Jeremiah Tower which chronicles life at the front lines of redefining modern American cuisine.

Widely recognized as the godfather of modern American cooking, Jeremiah Tower is one of the most influential cooks of the last forty years. In 2004, he rocked the culinary world with a tell-all story of his lifelong love affair with food, and the restaurants and people along the way.

In this newly revised edition of his memoir, retitled Start the Fire, Tower shares with wit and honesty his insights into cooking, chefs, celebrities, and what really goes on in the kitchen. Above all, Tower rhapsodizes about food—the meals choreographed like great ballets, the menus scored like concertos. No other book reveals more about the seeds sown in the seventies, the excesses of the eighties, and the self-congratulations of the nineties.

With a new introduction by the author, Start the Fire is an essential account of the most important years in the history of American cooking, from one of its singular personalities.