We created a family of Modern Build and Traditional Build leather straps. Each strap is built with veggie-tanned leather from the esteemed Horween Leather Co., of Chicago, and is fitted with our custom designed stainless steel buckle & lugs, giving your Apple Watch a bold new look.

Nomad began as a kickstarter project in 2012. Brian Hahn & Noah Dentzel met in Santa Barbara, California and set out with a vision of creating a minimalist iPhone cable that would seamlessly integrate into your everyday carry. ChargeCard, Nomad’s first product, launched on KickStarter on July 18th, 2012. Like many startups, we relied on help from friends, family and strangers to bring Nomad from concept to reality. We started off in Noah’s grandma’s basement and bounced around from Agoura Hills to San Francisco and finally back to Santa Barbara, California, where we are headquartered now. 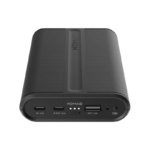 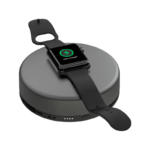