• 3.7 oz.
• Made in Italy
• Free from parabens, phthalate, fluoride and gluten

ABOUT THE BRAND
Excerpt via HighSnobiety

If you’re into menswear, you’ve heard of Marvis toothpaste

. It’s distributed in around 40 countries and sold at just about every independent store you can imagine. Marvis is the closest thing to a phenomenon there will ever be in the world of menswear-related toothpastes (an extreme niche if ever there was one). It retails at $27 for a mere two tubes — we know complaining about price on a site like this is dicey territory — but still, $27 for two tubes of toothpaste?

First, we attempted to speak to Marvis. After some back and forth over email, we eventually received a rather curt set of answers. Examples of the exchange are below:

Question: “Why do you think Marvis has connected with the menswear market?”

Answer: “Because Marvis is FASHION.”

So, while the brand wasn’t exactly being forthcoming, we were still able to verify some information. Marvis was originally registered by Earl Franco Cella Di Rivara in Florence, Italy, in 1958. The company’s biggest period was during the ‘70s, when it became known for being particularly effective for smokers. Following this,  Marvis faded from popularity until it was bought by Ludovico Martelli SRL in 1997. Martelli, which also originated in Florence, began as a cosmetics company in 1908. According to a 2006 “OC Weekly” article, Martelli moved into cosmetics in 1948 when Ludovico’s son, Piero, came to work for the company. Shortly after, Martelli launched a brand called Proraso, which is currently sold at stores such as Target.

As for Marvis’s benefits, there’s very little on why it’s so much better than, say, Colgate; apart from being mintier than other toothpastes, and its aforementioned reputation amongst smokers. To test out whether Marvis is actually better or worse than other competing brands, we spoke to the British Dental Health Foundation. The foundation is able to judge the effectiveness of a toothpaste by looking at its ingredients–which we sent over. Their results showed that Marvis shared similar characteristics to whitening toothpastes, which are of course used to remove stains from smoking. Other than that, the only things of note were a 3% NAF level (dangerously high) and the use of titanium dioxide (can be abrasive according to the percentage used). In short, it’s basically a rather standard toothpaste with a slightly mintier taste.

Later, Marvis got back to us with a detailed set of answers from Stefania Martelli, who we can safely assume is part of the Martelli family. She explained that during the ’90s Marvis was undergoing a crisis of sorts. “It was a great product with a great stylish attitude, loved by a faithful yet tiny group of consumers, but definitely a little dusty.” Martelli also noted that Marvis is referred to as a niche product rather than a high-end one, which goes some way in explaining its status as Hype Toothpaste #1. When asked about the difference between Proraso and Marvis, Martelli told us that Proraso is a “companion for everyday shaving” and Marvis is “the haute cuisine of toothpastes.”

We pressed Martelli a little further, hoping to discover why Marvis was so popular in menswear circles. In response, she shared that Marvis was present at Pitti, which given its Florence roots, makes sense. It also explains why its been so popular amongst independent stores, who tend to use Pitti as a tax refundable lad’s holiday.

So why is Marvis ubiquitous in menswear? Because it wanted to be. The company marketed their product as toothpaste haute cuisine, and strategically placed itself at the right trade shows. As far as plans go, it definitely follows the K.I.S.S method — and it’s worked. We look forward to a hype nail file brand using Marvis as a template in a few years. 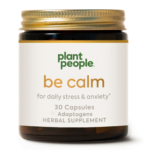 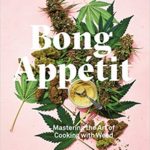