Excerpt via Another Magazine

Mark Frost and David Lynch’s cult television series returned to our screens in 2017; what better occasion to delve into a new recipe book full of its characters’ classic American recipes? 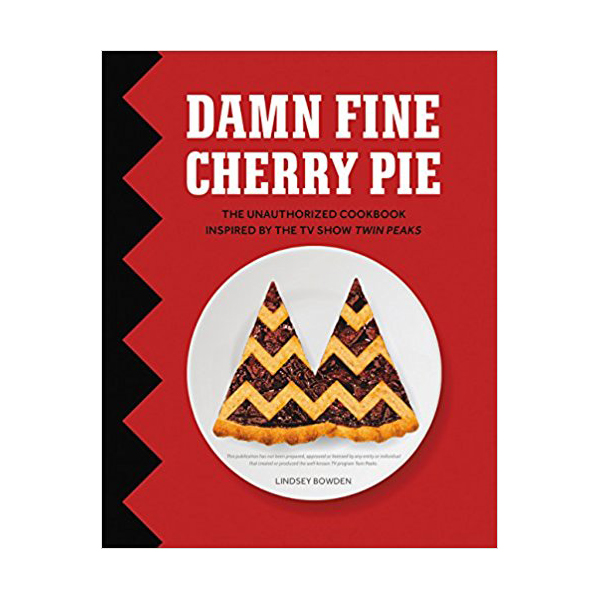 creation), returned in 2017. While it’s been 26 years since the show left the small screen – and 24 since its cinematic counterpart Fire Walk with Me floundered before being proclaimed a cult hit and re-asserted as an unmissable part of Lynch’s oeuvre – Twin Peaks’ cultural impact has never waned. This is partially due to its formidable fan-to-fanatic conversion rate, but also abetted by its endurance as a fountain of references for filmmakers, musicians and fashion designers alike – see Christian Louboutin’s current ShoePeaks campaign, for one example – stemming from its completeness as a vivid, multidimensional universe.

With Twin Peaks, Frost and Lynch pioneered the idea that television can be as adventurous, beautiful and confounding as independent cinema, so long as disbelief remains suspended. And so, complex, oft-sinister narrative strands are rendered more palatable by a deceptively prosaic North Western setting, oddball humour, markedly un-flashy yet ingenious costumery and generous helpings of classic American cuisine plated up for its characters. Indeed, the show’s male lead, FBI Agent Dale Cooper (Kyle MacLachlan) has such a renowned soft spot for coffee and cherry pie that all you need to say to a casual fan is “This is a damn fine …” and you’ll transport them right back to the RR diner.

Serves Eight
Preparation Time: One hour, plus resting
Cooking Time: About one hour

1. For the pastry, place the flour, ground almonds, icing sugar and salt in a large mixing bowl and stir to combine. Add the butter and rub in with the fingertips until the mixture resembles fine breadcrumbs.

2. Beat the egg with the vanilla extract and measured water. Stir the liquid into the flour with a fork, then your fingers, and bring the mixture together to form a firm dough. Divide the dough in half, flatten each portion into a disc, wrap in cling film and chill in the refrigerator for at least 1 hour.

3. Meanwhile, place the jam and sugar in a saucepan over a medium heat and stir until the sugar has dissolved. Bring to the boil, then mix the cornflour and measured water or Bourbon together and stir into the cherry mixture. Bring to the boil again, stirring all the time, until thickened. Remove from the heat, add the cherries, mix well and leave to cool completely.

4. Preheat the oven to 200°C (400°F), Gas Mark 6. Roll out one pastry disc on a lightly floured surface and use to line the base and sides of a greased 24-cm (9½-inch) pie dish (metal is best). Fill with the cherry mixture and brush the top of the pie edge with a little of the egg glaze.

5. Thinly roll out the remaining pastry disc and cut into long zig-zag shapes. Arrange them on top of the pie, pressing to stick them to the pie base around the edges.